Mrs. Vickie Aultmon is an experienced and result oriented public school educator and scholastic motivator and administrator. She is currently completing her doctorate in educational leadership. Her most recent leadership experience includes 15 years as a goal setting and goal achieving, Instructional Lead Teacher/Professional Development Lead Teacher/FfT Facilitator and Reading Specialist. Mrs. Aultmon is a highly accomplished educator with extensive experience across a full suite of academic disciplines including: Classroom Instructor, School Testing Coordinator, Special Educator, School Improvement Team Leader, Data Journey Coordinator, Teacher in Charge, Extended Learning Program Coordinator, and Talented and Gifted Teacher. She is also the co-founder of Saturday Achiever’s Academy, which provides free tutoring services to students in kindergarten-second grade. Mrs. Vickie Aultmon has a total of 30 years of educational experience, and is in constant pursuit of academic excellence. 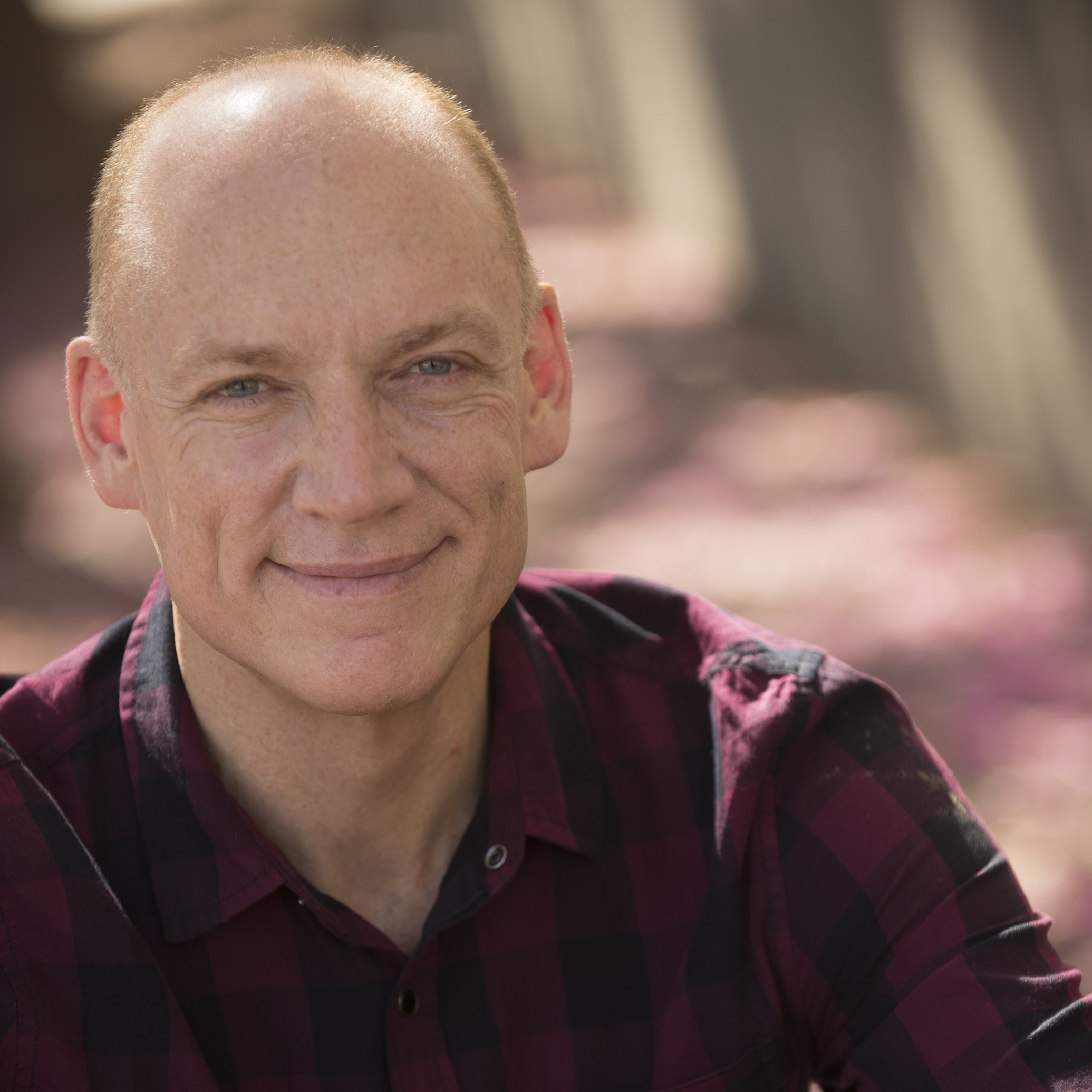 Globe-trotting flutist and composer Wouter Kellerman received a 2015 Grammy® Award at the 57th Annual Grammy® Awards for his album Winds of Samsara, a collaboration with Indian composer and producer Ricky Kej. Winds Of Samsara reached #1 on the US Billboard New Age Albums Chart and also peaked at #1 on the Zone Music Reporter Top 100 International Radio Airplay Chart in the month of July 2014, winning both the ZMR ‘Album of the Year’ and ‘Best World Album’ awards.

Kellerman has also been recognised at home, most recently winning three SAMA’s (South African Music Award, equivalent to the American Grammy) in 2015 to add to his previous wins in 2010 and 2011, reinforcing his status as one of South Africa’s foremost musicians. Whether writing intricate instrumental compositions or delighting audiences with a magnetic alchemy of warmth and technical mastery, Kellerman finds his inspiration in the spaces between cultures and countries, genres and disciplines. He thrives on experimenting with the shades, textures, and colors that his flute can bring, pushing the instrument into new planes of creativity.

The last few years have seen Kellerman performing in Berlin, Shanghai, New York, Sydney, and beyond, including an appearance in front of 700-million people as part of the 2010 FIFA World Cup Ceremony. 2014 appearances include a performance at the Grammy Museum in LA and a sold-out concert at Carnegie Hall.

Passionate about teaching and empowering young people, Kellerman has sponsored the living expenses of ten children in the SOS Children’s Village in Ennerdale, South Africa for the past 15 years. For his continued efforts in helping give these children a better life, Kellerman was nominated for the Inyathelo Special Recognition Award for Philanthropy.

Kellerman's strikingly original flute-playing can be heard on the soundtrack of the Emmy Award-winning film, Eye of the Leopard. 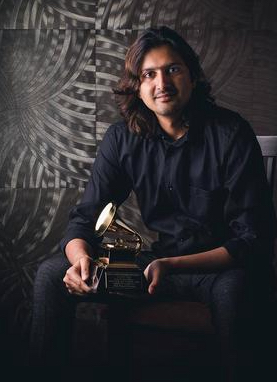 Grammy® Award winner and Billboard #1 artist Ricky Kej is the youngest Indian to win the Grammy®. He won this award for his album 'Winds of Samsara'. Internationally renowned Indian Music Composer and Producer Ricky Kej is a true wizard of the keyboard, manuscript page, and recording studio. His projects include creating music for three feature films, fourteen albums released by Universal Music, and over three thousand commercials seen by audiences around the world. A student of both Western and Indian classical music, Kej composed original works for the opening ceremony of the Cricket World Cup 2011, held in Dhaka, Bangladesh; the ceremony was telecast to more than 200 countries and widely heralded for its artistry and execution.

Ricky has earned multiple awards and honors for his composition and production exploits. He won 2 ZMR (Zone Music Reporter) awards held at New Orleans, USA and 2 SAMA (South African Music Awards) from South Africa. He also won the 2015 GIMA and 2015 Mirchi Music Award in India. He was also nominated for 2 Hollywood Music in Media Awards (LA) for this album. He was recently conferred the title "Pride of Karnataka"  and pronounced the 'Youth Icon of India'.  His previous album Shanti Orchestra was also nominated for a ZMR Award (New Orleans) and a Hollywood Music in Media Award (LA). He was declared an “India Rules Artist” by VH1 in 2013. Ricky was nominated for a Cannes Advertising award for his Nike Jingle.

Combining a keen sense of culture-jumping harmony, melody, and pacing, Ricky synthesizes cutting-edge music technology and traditional instruments of both Indian and European origins into his work, both within the new age genre and beyond. He currently runs two state-of-the-art studios in Bangalore, the Raveolution Studios, where much of Winds of Samsara was developed from spark of an idea to finished album. 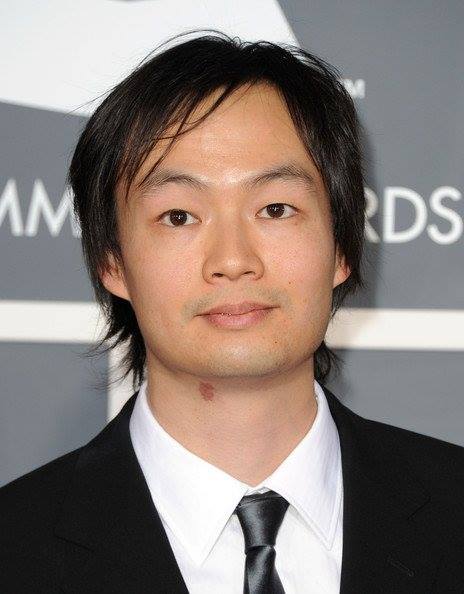 Christopher Tin is a Grammy-winning composer, whose eclectic career spans film, television, video games, advertising, and the record industry.  His music is marked by a natural ease of melody, economy of gesture, and a flair for the dramatic.

His debut album Calling All Dawns was the recipient of two Grammys at the 53rd Annual Grammy Awards: Best Classical Crossover Album, and Best Instrumental Arrangement Accompanying Vocalists (for the song 'Baba Yetu'). He received his undergraduate education at Stanford University and Oxford University, studying Music Composition, Conducting, and English Literature. After winning a Fulbright Scholarship, he continued his studies at the elite Royal College of Music in London. There, he earned an MMus with Distinction, graduating with the highest marks in his class, and winning the Horovitz Composition Prize. He is also a Sundance Institute fellow.

In addition to his album work, he is also an active composer of music for films, video games, advertising, and many other media. He has won awards for his video game music, for titles such as Civilization IV and Pirates Of The Caribbean Online. He has contributed to scores for such Hollywood blockbusters as X2: X-Men United and Lilo And Stitch 2, and a host of independent features, documentaries and TV specials. And he has developed major ad campaigns for brands like Puma, Verizon, The Gap, and others.

His career is also marked by many rare and unusual distinctions; he has both co-created the startup sound for Microsoft's Surface operating system, and a demo song for Apple's Garage Band software, now found on every new Mac computer. His hit song 'Baba Yetu' is both the theme song to the video game Civilization IV, and is also used as a featured segment for the Dubai Fountain, the world's largest choreographed fountain, situated at the base of the Burj Khalifa, the world's tallest skyscraper.

Christopher is happy to be on-board with us and to share with us, his immense knowledge in the music industry. 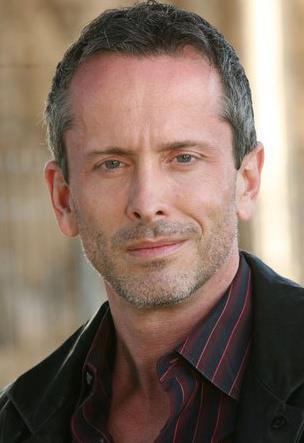 In 2009, Michael Taylor Gray a.k.a. MTG appeared in SONY Pictures "Not Easily Broken" - directed by Bill Duke and starring Academy Award Nominee, Taraji P. Henson. Various appearances on network television include: "My Name Is Earl (NBC)", "Without A Trace (CBS)" and "Will & Grace (NBC)."  Notable L.A. stage appearances include the original cast of "Southern Baptist Sissies", the Los Angeles premiere of "Pageant: A Musical Comedy Beauty Pageant" and a string of cabaret performances at The Gardenia, The Zephyr, The Ten20 and more.

Since 2010, MTG can be seen as a series regular in the hit web series "Pretty - The Series, playing "Royce Adams" - the assistant pageant director of the 307th most popular children's beauty pageant, The Miss Star Eyes Pageant.

On the local Los Angeles stage, MTG has frequently been seen at the Celebration Theatre where he starred in the world premiere adaptation of "Sissystrata" and in CT's critically praised adaptation of "A Christmas Carol" as the iconic "Scrooge".  In 2012, Michael Taylor Gray brought “Joan Crawford” back to life in the laugh-riot stage comedy, “Bitchslap!” at the Macha Theatre in West Hollywood. Most recently, Michael  starred in the Frawley Becker drama, "Tiger By The Tail" - directed by notable Los Angeles theatre director at The Group Rep Theatre and in Theatre 40's production of Rupert Holmes' comedy thriller "Accomplice".

And from June-July 2015, Michael returned to Ohio's oldest summer stock theatre, The Huron Playhouse (HP) to direct Neil Simon's comedy classic, "The Odd Couple" for their 67th season.  This marks his 8th season at the HP since 1987 in various capacities: acting company member, box office manager, director and more. "It's at the Huron Playhouse that I became not just an actor, but an Artist. It truly takes a village to stage, produce and present 4-5 stage productions in 8 weeks summer after summer since 1949.  What a joy and privilege to be able to give back to young artists who are the same age I was when I first arrived at the Huron Playhouse almost 30 years ago!"

Michael Taylor Gray brings his wealth of knowledge in the entertainment business to our organization, which he champions. 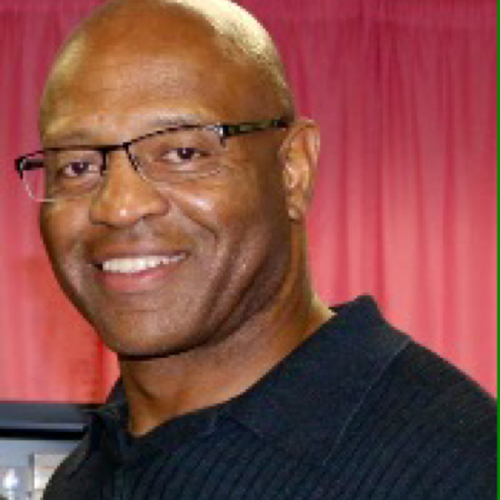 Timothy Newsome is a former American football fullback in the National Football League for the Dallas Cowboys from 1980 to 1988. He played college football at Winston-Salem State University.

Newsome was drafted in the sixth round of the 1980 NFL Draft by the Dallas Cowboys and made the team by beating out Scott Laidlaw.

He was a big, strong, and talented tailback that was moved to fullback because the Cowboys already had future Hall of Famer Tony Dorsett. By the end of the 1984 season, Newsome won the starting fullback job from Ron Springs.  During his career he became an all-purpose utility back, playing also snaps at tight end. In 1986 he was the team's third leading receiver with 48 receptions.  He spent most of his 9 seasons as a blocker and receiver out of the backfield, behind Cowboys Dorsett and Herschel Walker.  In 1990, he was selected to the Dallas Cowboys all-decade team by the Dallas Cowboys Weekly Newspaper.

In 1991, he founded Newtec Business Solutions, a firm that specializes in providing technology products and services to the small to medium-sized business sector in the Dallas-Fort Worth area.

Timothy is an advocate for education and the arts.  He supports the goals of our organization and brings his vast experience and wisdom to the Live The Dream Tour Foundation.